Demonstration of creators and writers demanding protection of lotus pond

Saptari – Demonstration of creators and writers demanding protection of lotus pond
Authors and writers have protested saying that they are trying to measure the existence of the lotus pond of historical and archeological importance.

The rally started from Kamalpokhari with cultural bazaar and reached the Chautari in front of Bhatbhateni temple in Tangal. Senior journalist Narayan Wagle, writer Khagendra Sangraula, actor Dayahang Rai and others participated in the rally. Addressing the gathering, he called for development not to destroy the existence of ponds of historical, religious, cultural and archeological importance.Participants in the demonstration said, “Stop exploiting nature”, “We don’t need lotus of cement and poles”, “We are ashamed not to learn from Ranipokhari”, “We have intimacy with soil and water, the basic commodity of life, let’s save it”, “Stop exploiting nature, conserve rare wetland”. They were carrying ‘play cards’ with slogans like ‘do’.Earlier, the Kamalpokhari Rescue Campaign had handed over a letter to Kathmandu Metropolitan Chief Vidya Sundar Shakya, Deputy Chief Hari Prabha Khadgi Shrestha and Chief Administrative Officer Rajeshwar Gyawali. In the letter, it has been demanded to stop Kamalpokhari (Paleswanpukhu) in the name of conservation and promotion as it is illegal and against the accepted principles and practices of conservation.

Work is being done in Kamalpokhari in violation of the Antiquities Monument Protection Act 2013, Local Government Operation Act 2074 and other laws. The Department of Archeology has also stated that it has written to the Kathmandu Metropolitan Corporation on January 19 not to act against the Ancient Monuments Preservation Act.The foundation stone for the construction of the pond was laid on July 3, 2008. Although the foundation stone was laid on June 3, the mandate was given on June 4. The construction of the lotus pond is still in abeyance as the agreement was reached to complete the work on July 30, 2008. Saroj Basnet, chief engineer of the corporation, claims that the work was delayed due to lack of stones. Heritage lovers and locals have also protested against the use of cement and concrete in Kamalpokhari, one of the nine ponds of Lichhavi period, without any study. According to social activist Diwas Dhungel, Gahanapokhari, Bachchapokhari, Nagpokhari, Hitipokhari and Handigaunpokhari are also among the nine ponds.

Another statement about the lotus pond is also prevalent among the locals. The soil of Kamalpokhari was excavated during the construction of Lal Durbar and Sita Durbar. After the soil was removed, rainwater collected and became a pond. An old man brought a lotus flower from Toudah and planted it in the pond. It is said that the name of the pond was changed to Kamalpokhari as the lotus covered the pond the next year. Based on this, the history of the pond is more than 100 years old and the locals demand that it should be protected.Roshan Shrestha, a local, has complained that the size of the pond has been reduced by constructing a ghat around the lotus pond which was natural till a year ago. Susan Vaidya of the Heritage Preservation Campaign says that the construction should have been done using ancient building materials in an archeological way.He said that the original identity, archeological and historical significance of Kamalpokhari has been reconstructed. The construction work of Kamalpokhari has been halted due to protests from locals, creators and writers. There is a demand from the campaigners for the protection of the historic pond.

Lake saundaryikarana relating to the Metropolitan Planning :
Kathmandu Metropolitan City sutali Rs nine million 47 million allocated for reconstruction is. The corporation had made a master plan to reconstruct the pond with an attractive structure around the lotus pond spread over an area of ​​23 ropanis and 14 annas.

According to the master plan, the original entrance to the pond is a gate, a chaitya by the side of the pond, five spout fountains, a lotus-shaped fountain in the middle of the pond, a ghat on all four corners and a structure for Chhath worship, a small belvedere in the eastern corner. It is also said that the unauthorized structures around Kamalpokhari will be removed and a children’s park (children’s park, stone fountain, disability-friendly toilet, gym hall and garden) will be built. The Valley Development Authority was initially responsible for the reconstruction of Kamalpokhari. The Kathmandu Metropolitan Corporation had taken over the responsibility after the NEA started the reconstruction by making a master plan and left the construction unfinished due to lack of budget. The Upatyaka Development Authority (UDA) had started the construction of the ghat, which is in dispute saying that it is being constructed with concrete.

According to the Department of Heritage and Tourism, the construction has been continued as per the plan. According to the department, work is underway as per the plan to keep a pavilion with wood for Chhath at the wharf. The corporation has instructed the contractor company to complete the work as soon as possible due to delay in supplying the goods due to delay in the work to be completed in mid-July. 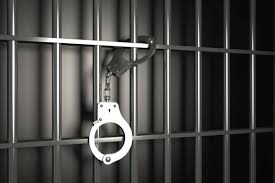